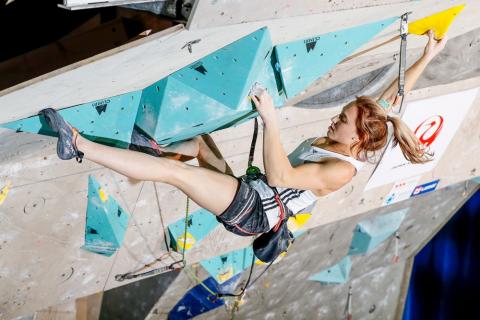 The Olympic gold medallist was the only climber in male and female competition to make it to the top of both climbing walls in the semifinals and finals at yesterday’s competition.

The win comes a week after her victorious return following a nearly three-month break. Last week, she became the only climber in the world with 33 world cup wins, further improving this distinction this weekend.