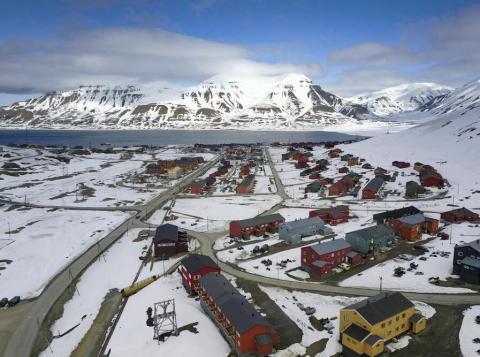 Türkiye has decided to be included in the Svalbard Treaty, which will enable Turkish citizens to acquire property, residence and fishing rights in the Svalbard (Spitsbergen) archipelago and territorial waters.

The bill, which was signed by President Recep Tayyip Erdoğan, regarding the treaty has been forwarded to the parliament speaker's office.

If Türkiye is included in the treaty signed in Paris on Feb. 9, 1920, Turkish companies will be able to operate in the fields of maritime, industry, mining and trade in the Svalbard archipelago and territorial waters which are under the sovereignty of Norway and located only a thousand kilometers from the north pole.

According to the bill, Turkish scientists will have the opportunity to conduct scientific research at the Turkish Science Station to be established.

It was also noted that Turkish students will have the opportunity to study at the University Centre in Svalbard.

There are serious rules and prohibitions regarding acquired rights, according to the authorities.

Particular attention is paid to fulfilling the conditions due to global warming and climate crisis.

Türkiye, which has organized successful scientific expeditions to the Arctic region in recent years, the first of which was in 2017, had established a temporary science base on Horseshoe Island in Antarctica.

Türkiye's accession to this treaty would further solidify its interest in the Arctic region, according to the experts.

In the process of making this decision, which concerns the...