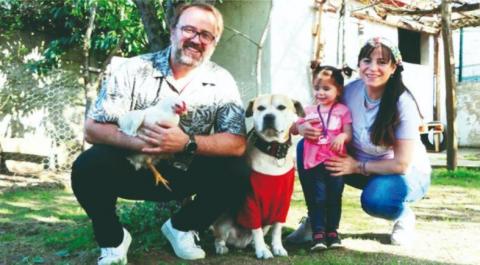 Earlier the pandemic, and now, the rising cost of living is forcing many to quit the hustle and bustle of city life and reside in faraway lands, with the Sönmezoğlu family being the latest one to have moved to a village for an affordable and peaceful life.

The couple recently left Türkiye's most populous metropolitan city of Istanbul and moved to the neighboring province of Sakarya, but in a small house in the Altındere village.

Filiz Sönmezoğlu has a piece of advice for all those thinking of starting a new life in a village.

"You either should have enough savings or have a job to do at the village and have the opportunity to work remotely," she stated.

The latest data about those migrating from Istanbul is from 2018, with more than 210,000 inhabitants leaving the city.

The year 2021 was the only year in the last two decades when Istanbul's population decreased. With 56,000 people leaving, the city's population reached 15.4 million in the year.