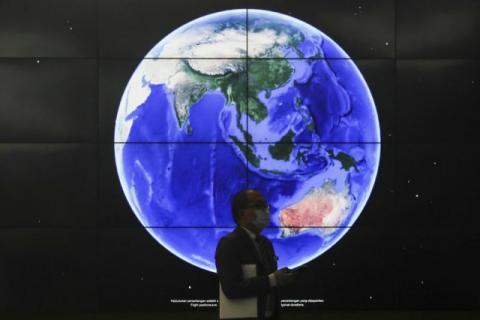 "In 2050, the world will be multipolar, with many influential states, including Russia, pursuing their own interests, and the main task of the West will be to ensure that such an order works", explained Olaf Scholz on Sunday, in an interview with the American CBS network.
According to him, many countries will be important, the USA, Russia, China, the EU, but also countries within the Union, as well as Indonesia, India and South Africa.
However, the German chancellor points out that the functioning of such an order will be a huge challenge and that one should strive for a multilateral world, not a multipolar one, because a multilateral world "means one that works together to solve problems".
Speaking about the recent NATO summit in Madrid, where China was identified as one of the main threats to the world, Scholz says that his prediction of what the world will look like in 2050 is exactly that. He explains that this only means that the block is very aware of the problems that lie ahead.
He also pointed out that NATO members are democratic countries that are not aggressive towards other countries, but that they exist in conditions where aggressive countries co-exist. But democracies will remain strong because they are supported by the people.
"It should be clear that the threats that await us in the future come from autocratic states because they tend to be aggressive," Scholz concluded.