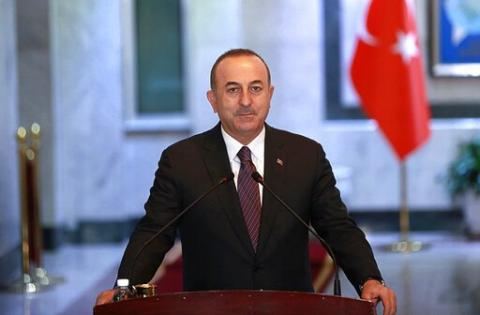 Less than a week after Turkey did not even hint at its claims against Greece in the Aegean and the Eastern Mediterranean at the Madrid NATO summit, Turkish foreign minister Mevlut Cavusoglu lashed out once again at Prime Minister Kyriakos Mitsotakis over his request in an address to a US Joint Session of Congress in May that it not approve the sale of F-16 fighter jets to Ankara.

This time, Cavusoglu adopted a condescending tone, asserting in an interview with Turkish NTV television that the Greek PM had "humiliated himself" before Congress when he stressed that the American legislature should not approve the sale of the war planes to Turkey.

US President Joe Biden made clear that he supports the sale, even as Turkey lifted its threatened veto of an invitation to Sweden and Finland to join NΑΤΟ.

The two chambers of Congress can issue a joint resolution blocking an arms deal, but that, despite Greece's strong support in both chambers of the legislature, would be extraordinarily unlikely, as it has never happened before, not even in the case of Saudi Arabia, which is launching brutal attacks with Western arms against Yemen in the horrendous civil war.

"Mitsotakis humiliated himself. He begged them in his speech to Congress not to give us the fighter jets, in a spirit that does not befit an allied country, and he engaged in petty behaviour. There are such efforts, but I do not think there will be any problem. The climate now is positive," Cavusoglu said.

"There are various lobbies, such as the Armenians', but especially that of Greece, that say they [Washington] should not give us these fighter planes," he noted.