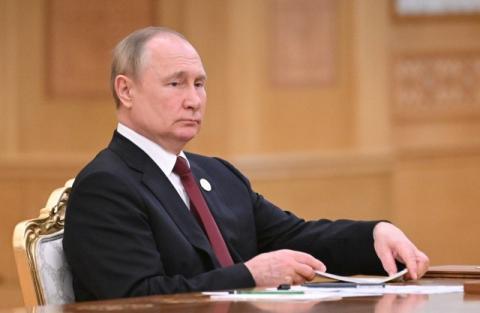 A close associate of Putin said that London could be the first strategic target in the event of a Third World War. A tool was also designed that shows the consequences of a nuclear bomb explosion in a certain area.
"London will be the first strategic NATO target of the Russian missiles if the World War III breaks out," said Russian General and a close ally to President Vladimir Putin, Andrei Gurulyov, for Russian state television.
"We will destroy a whole group of enemy space satellites during the first air operation. We don't care if they are American or British, we would see them all as NATO," said Gurulyov, as reported by the Independent.
He added Russia "won't start from Warsaw, Paris or Berlin" as he explained, "it's crystal clear that the threat to the world comes from the Anglo-Saxons".
Alex Wellerstein, a nuclear historian at Stevens University Institute of Technology, created one of the tools, the Nukemap simulator, which shows what would happen if a nuclear bomb exploded in an area.
NUKEMAP is a mapping mash-up that calculates the effects of the detonation of a nuclear bomb. "We live in a world where nuclear weapons issues regularly make headlines, but most people still have a very poor impression of what explosive nuclear weapons can actually do," Wellerstein said.
He emphasized that this is only an assessment, not a precise calculation.