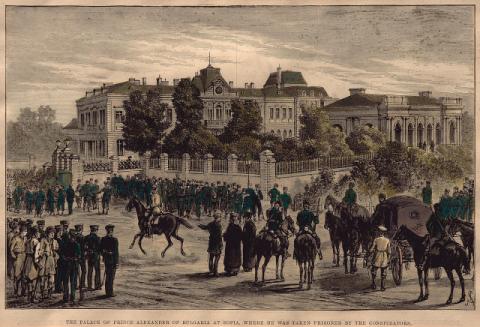 If we look at history, there are not many cases in which relations between Bulgaria and Russia at the state level were as bad as they are at the moment.

The war in Ukraine and the wider conflict between the West and Russia have led to a situation unprecedented in the last 30 years, in which Moscow and Sofia are on the verge of severing diplomatic relations.

The reason is the decision of our government to expel from the country 70 people from the diplomatic and technical staff of the representations of the Russian Federation with the accusation that the people in question are connected to foreign services and have worked against the interests of Bulgaria.

A request was also made for the temporary closure of the Consulate General in Ruse.

As a response, Ambassador Eleonora Mitrofanova delivered a verbal note to our Ministry of Foreign Affairs, with which, in an ultimatum, a request was made to cancel the decision of expulsion by 12:00 p.m. on July 1, 2022.

This never happened, and Mitrofanova announced that she would suggest that her country's leadership consider the issue of closing the embassy without delay.

In diplomatic terms, Mitrofanova's rhetoric is an open threat to sever diplomatic relations between the two countries. But what does that mean exactly?

In essence, the act itself is not spelled out in detail in the Vienna Convention on Diplomatic Relations, which was adopted by the United Nations in 1964.

However, it regulates what obligations and rights the parties have, with Article 45 stating that in the event of a break in diplomatic relations or even an armed conflict, the...