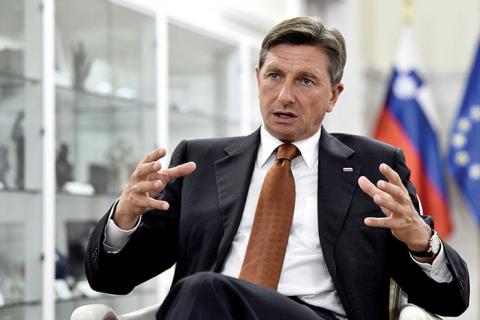 Belgrade – President Borut Pahor has noted in an interview with Monday’s issue of the Serbian newspaper Politika that the EU not wanting or being unable to establish greater presence in the Western Balkans will have consequences. He said he will continue to work for the EU accession prospects of the Western Balkans and expressed understanding for Serbia.

The outgoing Slovenian president assessed that the geopolitical fate of the Western Balkans for the next ten or fifteen years was being decided right now and in the current conditions.

“Russia, China, Turkey and the Gulf countries will consolidate themselves in this area. The EU cannot ignore this,” he said.

Pahor also commented for Politika on the results of the recent EU and NATO summits and expressed his disappointment at the European Council’s decision not to grant Bosnia-Herzegovina the status of an EU candidate country.

“It’s good that Bosnia-Herzegovina received attention in the final document due to Slovenia’s initiative,” he said, while regretting that the European Council insists on the country fulfilling the accession conditions.

“This could mean continuation of a vicious circle from which Bosnia-Herzegovina will not get out, and the problems will keep piling up,” the president said.

Pahor also assessed the foreign policy performance of Serbian President Aleksandar Vučić, who is in favour of Serbia becoming an EU member state, while failing to coordinate his foreign policy with the EU, including when it comes to sanctions against Russia.

“It is not easy for Serbia. I see that my friend Vučić cannot fully rely on the European future of Serbia, so he is trying to maintain strategic relations on all sides. This is becoming increasingly harder under the current geo-political divisions.”

Pahor also expressed his belief that “both Serbia and the EU will do everything for Serbia to become an EU member state as soon as possible,” adding that he respected Serbia’s decision not to become a member of NATO.

“Military neutrality is not an obstacle; there are neutral countries also in the EU. The fact is that the EU has a common foreign and security policy, which we want to become more effective, and the first condition for this is the unity of its members.”