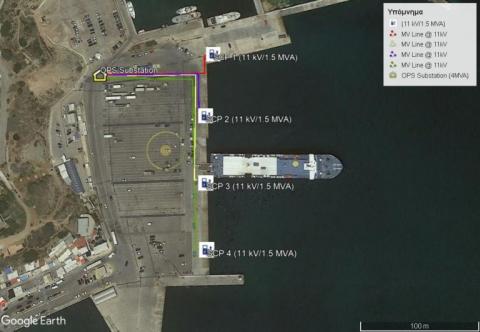 The Port of Rafina, the second largest in the country in terms of passenger traffic, after Piraeus, is also, together with Piraeus, the port that secured financing from European funds to create electrification infrastructure for passenger ships.

Also read: Ferry tickets: Increases from 4% to 8% on some routes

Speaking to ot.gr, Ms. Despina Gikaki, managing director of the Rafina Port Authority, pointed out that more than 2,000,000 passengers pass through the port every year! The port of Rafina is among the 16 Greek ports of International Interest and participates essentially in the wider system of ports of Attica.; The focus is to turn it into the first in terms of passenger traffic in Attica, in the coming years. It is included in the Trans-European Transport Network, while it facilitte a significant part of the traffic to the islands of the Cyclades (Tinos, Andros, Mykonos, Paros, Naxos, Amorgos, Ios, Santorini and Koufonisia).

It also maintains the exclusive connection with Marmari Evia serving both the passenger-tourist and freight traffic to this destination.

Based on the bookings for the 2022 summer season, the port will manage to reach the results of 2019!

According to Ms. Gikakis, the port of Rafina, having obtained ISO:14001 certification for the implementation of an environmental management system, is a pioneer in environmental protection as it secured funding from the European Union to prepare technical studies for the construction of 4 passenger ship electrification points, the so-called Cold Ironing scheme.

As the port of Rafina is located within an urban fabric, cold ironing will solve the big...