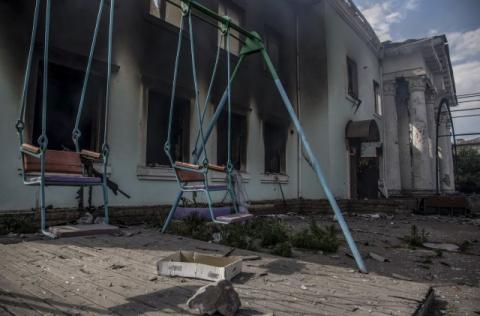 Defense and security analyst Michael Clark commented on the fall of Lysychansk into Russian hands and the consequences it will have on the development of the situation in Ukraine.
Commenting on the fall of Lysychansk in an interview with Sky News, he said that the Ukrainians had strong defensive positions, but that the Russians managed to surround them with maneuvers that they could not carry out before.
"Yes, it's a defeat, but the Ukrainians didn't suffer huge losses because they organized the retreat well," Clark said.
The analyst added that the fall of Lysychansk is a "significant victory" for Russia and that Russian forces now face the occupation of the towns of Sloviansk and Kramatorsk in the Donetsk region.

"The most significant victory since March 25"

"The Ukrainians lost Lugansk, the smaller of the two regions that together make up Donbas. The larger region is Donetsk, and the Russians have taken about half of that region so far. They will not conquer the whole until they take Sloviansk and Kramatorsk, and that will not be easy," Clark claims.
"Yes, this is Russia's victory and the most significant victory since March 25, when they said that Donbas is the main target. However, they said that they want the whole of Donbas, and they will not get it without Sloviansk and Kramatorsk.
Let us remind you that on March 25, the Russians gave up their attempt to capture the capital Kyiv and the second largest city Kharkiv and announced that their priority was the "liberation" of Donbas.