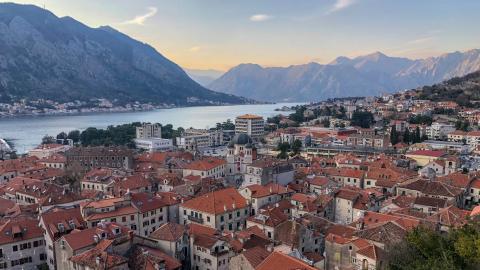 The Central Bank said that Russians were also the largest investors in Montenegro, after they invested 41.6 million euros in the country since the beginning of the Russian invasion of Ukraine in February.

Maja Radunovic, a real estate agent from Podgorica, said Russian interest in property in Montenegro had increased after the beginning of the Russian invasion of Ukraine. She said Russian buyers are mostly interested in villas and apartments on the Adriatic coast.

"Most of the Russians are buying or renting real estate in the coastal towns of Bar, Herceg Novi, Petrovac and Budva. These coastal towns were popular among Russians in previous years, and there are also Russian communities in those towns," Radunovic told BIRN.

"If the war in Ukraine and Western restrictions on Russia continue, we could expect interest in buying property in Montenegro to increase even more," she added.

With 40.6 million euros invested since February, the United Arab Emirates was the second biggest foreign investor. According to the Central Bank, 10.3 million euros was invested in Montenegrin companies, 29.4 through loans from Italian companies, while the remaining 798,000 went on the purchase of real estate.

The fourth-largest investor in Montenegro was Turkey, with 27.9 million euros, mostly invested in...