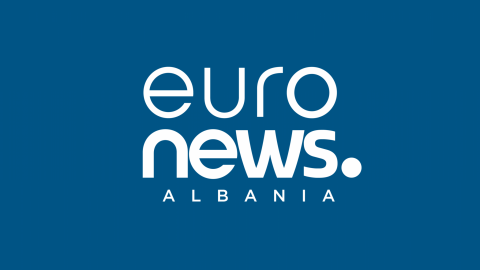 The Kastrati Group has given up a sales contract worth 2.37 million euros to buy 60 per cent of Euronews Albania television and has returned its shares to the station's previous owner, Theodhoro Çami.

On July 6, the parties agreed by mutual consent to cancel the April 11 contract and have no further claims against each other.

Euronews Balkans was founded in 2018 in a contract between Inter Media Group, which has other activities in the media, and Euronews, which is based in Lyon, France.

Based on that, the Albanian company used the name, format and materials of Euronews for a 24-four-hour news television in Albania and other Balkan countries with an Albanian-speaking population.

However, the company did not perform well. At the end of 2020 it gained control over only 4.7 per cent of the Albanian advertising market, according to data seen by BIRN.

Inter Media's balance sheet shows that in 2020, its entire initial capital had been spent to cover accumulated losses over the years.

Shefqet Kastrati is the owner of many companies with various activities, from fuel trade to tourism or construction, as well as having the concession contracts for Albania's Rinas airport and the Rrëshen-Kalimash highway.

The agreement on revocation of the sales contract does not explain the reasons for the termination of the first agreement.

But the TV market in Albania is widely considered oversaturated, with too many 24-hour news channels operating in a small market. However, there is still no lack of interest in investing in television stations. Earlier this year, the Balfin group bought SCAN television for 700,000 euros.

Some TV stations are accused of using their influence on public opinion to gain favours. In April, the...