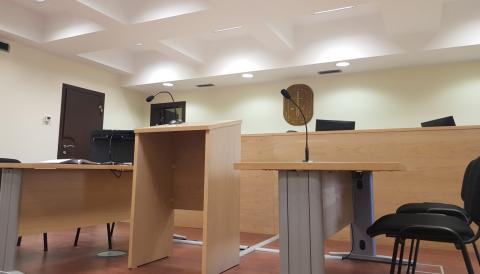 A courtroom in Skopje. Photo: BIRN

Seven years ago, when the ruling SDSM came to power in North Macedonia, one of its pledges for cleaning up corruption and strengthening the rule of law was to implement a judicial vetting process. The aim of this would have been to root out corrupt or inefficient judges.

However, the idea was quickly abandoned, with a lack of judges being cited as the main reason. Seven years later, a natural vetting process of sorts has taken place - many judges have retired, while only a small number of new ones have been appointed. All of this has resulted in an understaffed judiciary. To make things worse, our analysis suggests that there are few good options when it comes to filling the vacancies in the judiciary quickly.

Albania is still recovering from the devastating earthquake which hit the country on November 16, 2019. Around fifty people were killed, hundreds injured and thousands of homes were destroyed.

The government of Prime Minister Edi Rama promised special procedures to ensure a speedy recovery. Two and a half years later, much of the reconstruction work is still on-going and behind schedule. Our analysis shows that, aside from the delays, the special procedures to speedily award reconstruction work resulted in contracts being handed to companies close to the ruling Socialists.