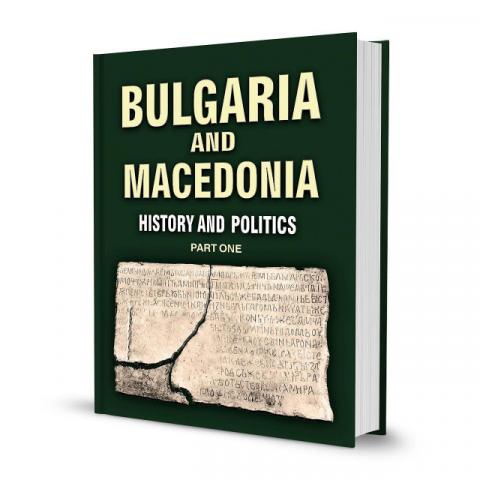 The first part of the monograph "Bulgaria and Macedonia. History and Politics", which refutes the lies of Macedonian historians, has already been published in English, BGNES reported.

About the book and its importance, BGNES spoke with the publisher Dimitar M. Dimitrov and Prof. Daniel Vachkov, director of the Institute for Historical Studies of the Bulgarian Academy of Sciences.

The first part of the monograph covers the period from antiquity to the Balkan Wars (1912-1913). 32 authors participated in its writing - "the best in their fields, specially selected by Academician Georgi Markov, who is the scientific leader of the project", stated Dimitar M. Dimitrov. The translation is done by an Englishman, which makes the text much more comprehensible to English-speaking audiences.

According to Prof. Vachkov, one of our biggest problems, which has existed for the last more than 100 years, is that the Bulgarian point of view is poorly represented in Western countries and they hardly know us.

"Bulgaria must present its position on the Macedonian question because in the West they are not obliged to know the details of the Balkan problems. This is exactly the great contribution of books like 'Bulgaria and Macedonia. History and Politics', which show our scientific thesis in English," the scientist stated.

He strongly criticized the lack of activity.

"This is a wrong approach that has existed for decades with us. We are convinced of the rightness of our thesis, and therefore we do not make any special effort to present it, because we believe that just as 100 years ago many intellectuals supported us, so it will happen now. Unfortunately, things are not like that," stressed Prof. Vachkov...