Albania to ‘Consult’ on Draft Amnesty Law Criticised by Brussels 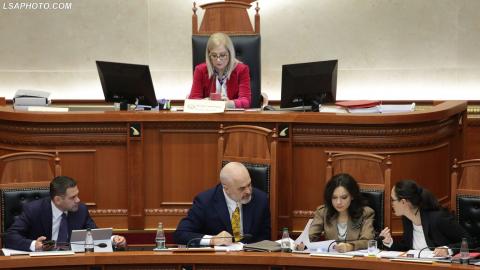 The Albanian government has sent an "invitation for consultations" to business representatives on its controversial draft financial amnesty law, announcing a conference in the presence of Prime Minister Edi Rama in Tirana on July 15, according to a source from the organizations invited to the "consultations".

"Under the patronage of the Prime Minister of Albania, Mr Edi Rama, the Ministry of Finance and Economy is pleased to have you participate in a public consultative meeting within the framework of the approval of the draft law 'On Fiscal and Criminal Amnesty for the subjects of the Voluntary Declaration of Wealth,'" the invitation says.

"Given the importance that this draft law represents for the economic development of the country, we would greatly appreciate your presence," the invitation reads further.

The European Commission has expressed serious concerns about the Albanian government's plans to allow both Albanian citizens and foreigners to legalise money that was allegedly obtained through tax evasion, smuggling or tax fraud, on the condition that they pay a tax on it ranging from 5 to 10 per cent of the declared amount.

Beneficiary entities can declare up to 2 million euros per family and will automatically benefit from an amnesty from prosecution for crimes committed from the creation of this wealth.

Critics of the proposal have said they suspect that organized crime money, from drug trafficking or human trafficking, will also be able to be declared as business profits in terms of tax evasion and therefore legalized instead of confiscated.

The European Commission expressed its concerns about the initiative last week to the Albanian government during the 13th meeting of the Subcommittee for Trade, Industry,...