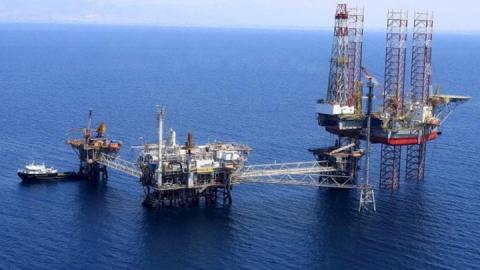 The geological region that stretches to the North from the Adriatic in the area of ​​Italy and Croatia and descends to the Ionian Sea and Western Greece to the South has yielded discoveries of oil and natural gas deposits.

Exploration by major oil companies is ongoing, while Croatia, Montenegro and Albania have stepped up their efforts with rounds of concessions.

Shell is one of the upstream giants active in neighboring Albania and has recently started the Shpirag - 5 exploratory well in the province of Berat and in a block located just 140 km from the Greek concession "Ioannina" in the Municipality of Zitsa.

A statement by Albanian Prime Minister Edi Rama last about being close to a very important discovery of natural gas and oil week caused a sensation and spread optimism among the population of the neighboring country.

The area of ​​Albania where Shell is drilling has significant geological similarities, according to OT information. The closest block is that of Ioannina, which is entirely owned by the Greek firm Energean, after the withdrawal of the Spanish Repsol. The first exploratory drilling to identify possible quantities of natural gas is expected next year, in 2023, around this time.

After the announcement by Prime Minister Kyriakos Mitsotakis, in the Spring, about the acceleration of the research programs in Greece, the Ioannina block will be the first to be drilled, revealing...