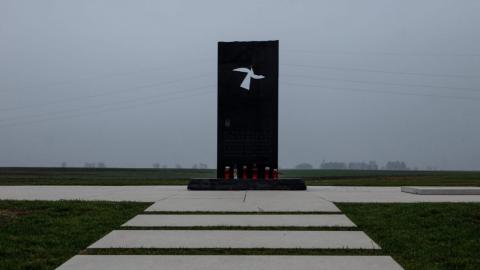 Ivica Husnik, who was convicted in Serbia of involvement in the killings of some 200 people at Ovcara Farm near Vukovar in November 1991, was extradited to Croatia on July 7 to serve his sentence for a different crime, Osijek County Court confirmed on Monday.

Osijek County Court spokesperson Miroslav Rozac said that Husnik was convicted in Croatia in 1997 and sentenced to eight years in prison "because of crimes committed in the Vukovar area during the Homeland War". The spokesperson did not give the full details of the crimes.

Husnik is now being held at Remetinec prison in Zagreb, "where the procedure for determining where a legally convicted person will serve his prison sentence is carried out", Rozac added.

Husnik has been in custody in Serbia since 2003. In November 2017, Belgrade Higher Court sentenced him to 15 years in prison for his role in the massacre of Croatian prisoners in Vukovar in November 1991.

According to the Belgrade verdict, Husnik was a member of the Leva Supoderica paramilitary unit which, together with the Vukovar Territorial Defence force, participated in killing around 200 prisoners at Ovcara Farm after they were captured at Vukovar Hospital.

The killings took place after the eastern Croatian town fell to the Yugoslav People's Army and Serb paramilitaries following a devastating three-month siege.

The Belgrade court found that he, along with others, "formed firing squads and opened fire with firearms" at the victims in front of a pre-dug hole, in which the bodies were then buried.

Husnik, who was born in Vukovar, was initially a member of the Borovo Selo village Territorial Defence before joining the Leva Supoderica unit in November 1991.