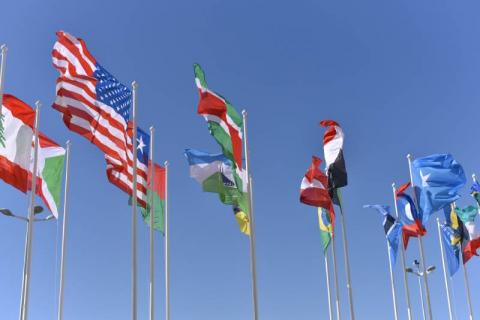 Ljubljana – The National Assembly endorsed on Thursday the bill ratifying the NATO accession protocols for Finland and Sweden. Only the coalition Left reiterated its opposition to NATO enlargement and advocacy of Slovenia’s quitting the alliance, voting against.

Sweden and Finland, which had hitherto been neutral countries, applied for NATO membership on 18 May. At the end of June, after Turkey lifted its blockade, their requests were endorsed at the NATO summit in Madrid.

Addressing the MPs before the vote, Prime Minister Robert Golob urged them to ratify the accession protocols unanimously, saying Finland and Sweden’s decision to join NATO was “historic”.

The accession to NATO of the countries that were neutral for decades or centuries is, he said, a direct consequence of Russia’s aggression against Ukraine.

According to Golob, the past year has shown that NATO was a defence organisation founded in a different era which found its new mission in the collective security of its members.

Left’s MP Matej Tašner Vatovec said NATO was no defence alliance while he is also bothered by the fact that Sweden had to make concession to Turkey to enter NATO “on the backs of the Kurdish people”.

The MP also does not consider the process of decision making in Sweden and Finland legitimate because the people had not decided on NATO membership in a referendum.

The ratification procedure started last week, with Canada the first to ratify the accession protocols.

Once all member states ratify them and deposit the ratification documents with the US government in Washington, Finland and Sweden join the alliance, which is expected to happen in a few months.