Car Sales in Europe Fell by 14% 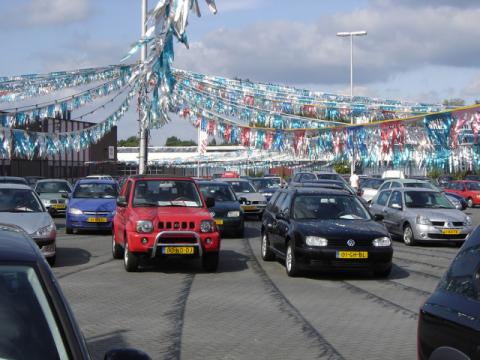 EU car sales fell 14% in the first half of this year as manufacturers continue to experience supply shortages, AFP reported.

As chip shortages still hamper production, sales of new cars in the European Union fell to 4.6 million, data from the European Association of Automobile Manufacturers showed.

Over the past year, the auto industry has been hit by a shortage of the chips that run many car systems, as chip makers have been unable to meet demand as the global economy recovers from the Covid-19 pandemic.

Although the chip situation is improving, European automakers have been affected by Russia's invasion of Ukraine, as a number of component manufacturers are located there.

The economic uncertainty caused by the war, the spike in prices it caused, and the rise in interest rates may prevent sales from recovering going forward as consumers cut back on spending on expensive goods.

Volkswagen maintained its place at the top of the ranking, but the German group's market share fell from 25.8 to 24.1% in the first half of the year. Sales fell 19.4% to 1.35 million vehicles.