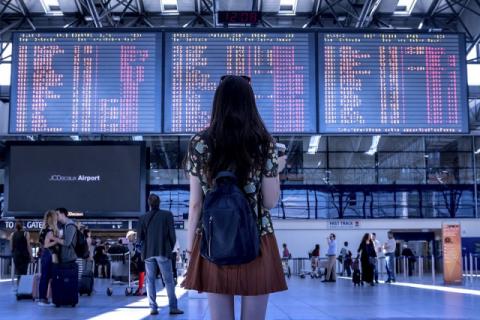 The cumulative impact of Covid-19 on students and their academic achievement not only has been large but unfortunately, it is still continuing.   As a result of the chaos that the Aviation industry is facing due to the lack of workers who have been fired and lost their jobs during the pandemic period, a huge number of daily flights to Europe are being canceled by airlines and this seems to be a critical time for everyone but especially for students who have chosen to study abroad.   Data experts at Erudera, the world's first search education platform backed by AI, did a recent analysis of Hopper's latest data on Worst 10 Airports in Europe for Delayed Flights (July 2022). The Brussels Airport (BRU) is leading the list of the worst 10 airports in Europe for Delayed Flights, as of July 2022.