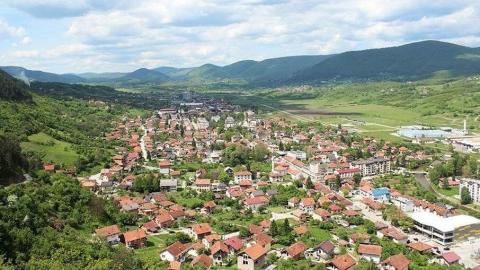 Zoran Neskovic, Panto Pantovic, Slavisa Djeric, Nenad Ujic and Pero Despet are charged on 46 counts with inhumane treatment, murder and sexual abuse of civilians in Rasadnik detention facility in Rogatica, eastern Bosnia, between the end of July and December 22, 1995.

Neskovic is charged in his capacity as commander of the detention facility and the other defendants as guards in Rasadnik, where more than 40 Bosniak men from the areas of Rogatica, Zepa and Srebrenica were held. Most of the detainees were aged around 60, but there were also two minors and more than ten persons in need of medical assistance.

Prosecutor Dzevad Muratbegovic, presenting his introductory statement, said witnesses would describe being taken off a convoy moving from Zepa to Tuzla via Kladanj.

"All the defendants were involved in the functioning of the detention facility in Rasadnik. You will see that Neskovic was the commander and that he had an effective control over the guards," the prosecutor said.

He also said he planned to invite more than 40 witnesses and two experts and introduce material evidence. As he said, a certain number of witnesses had unfortunately died, but their statements given during the investigation would be included in the case file.

The indictment says Neskovic unlawfully held the civilians in a shack within the Rasadnik farm, while six counts charge him with having personally treated detainees in an inhumane manner by hitting them and having been present while others abused them.

The indictment says that, on August 15, 195, all the defendants participated in an inhumane treatment of Mehmed Hajric, religious figure and president of the War Presidency in the Bosniak enclave of Zepa, whom they hit and then took out to a spring...