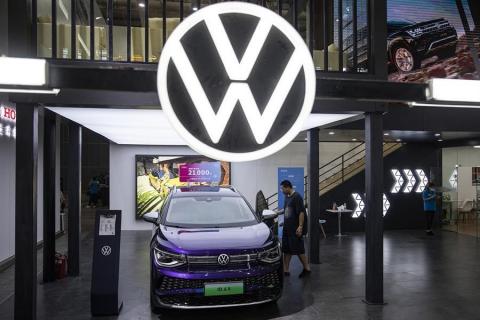 EU auto sales slumped by 14 percent in the first half of this year, data showed on July 15, as supply shortages continued to plague manufacturers.

For the past year the automobile industry has been plagued by a lack of computer chips that control many automotive systems, as chipmakers were unable to keep up with demand as the world economy rebounded from the COVID-19 pandemic.

Economic uncertainty triggered by the war, the spike in prices it has caused, and rising interest rates may hinder a recovery in sales going forward as consumers cut back on spending on big-ticket items.

Volkswagen retained its place at the top of rankings, but its market share slipped from 25.8 to 24.1 percent during the first half of the year. Sales fell by 19.4 percent to 1.35 million vehicles.

Stellantis also saw its market share fall, sliding from 21.3 to 19.4 percent as sales by the automaker plunged by 21.1 percent to 1.09 million vehicles.