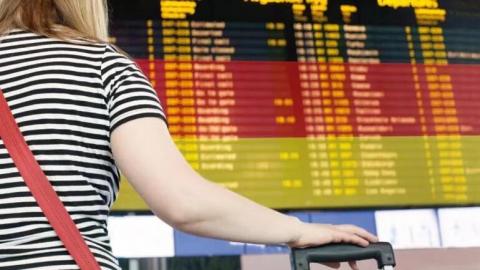 German authorities have approved temporary employment of people from Türkiye to fill the staff shortage at the country's airports, but airport operators demand longer-term employment.

Under a temporary arrangement, Turkish employees will be able to work at German airports until Nov. 6.

Most people from the industry said they supported the government's decision paving the way for hiring from Türkiye but noted that "temporary" employment will not resolve the ongoing problems at the airport and that longer-term employment would be a better option.

"We welcomed the German government's decision to provide an opportunity to hire Turkish staff," said Flughafen München, which operates the Munich Airport.

In the short term, this may ease problems but not resolve them completely, the company said.

The company noted that it kept most of its staff during the pandemic. "We began to hire more people a couple of weeks ago as air traffic started to pick up. We need 200 additional personnel for security, technical and ground services."

Frankfurt Airport said its subsidiary, FraGround, recently started to hire additional ground services and luggage handling personnel. "Some 1,000 people were recruited, but we still need a couple of hundred more people. How many people we will hire from Türkiye will depend on the qualifications of the candidates. We will also continue to seek hiring staff from other European countries."

Hamburg Airport has already hired 40 people from Greece, but the company said this won't be enough.

Türkiye's Directorate General of Civil Aviation (SHGM) did not welcome the German plan. "We understand that some countries want to hire you. But we ask you not to leave your strategic positions to ensure the...