Vučić responds to threats from Ukraine 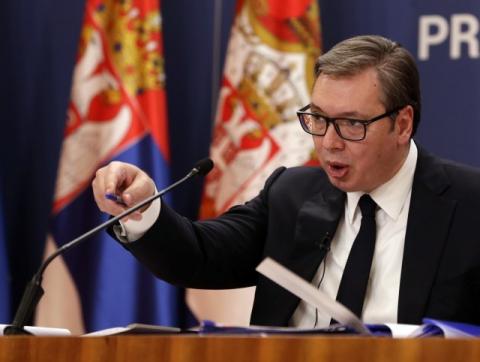 Vui referred to the aggressive rhetoric of the Ukrainian MP. "I wish the Ukrainian people all the best, and the Croats should mind their own business," the president said briefly.

Composition of the new government

President Vui briefly commented on the composition of the new government.
"The question on the kind of government is answered simply - it will be a Serbian government that will take care of Serbia's interests, and of course, it will be a government that will work harder on EU accession. We will work rapidly on Serbia's European path; the government will not be anti-Russian and will protect our traditional friendship. That government must bear the burden of independence and that must be the heritage of every future government. We will lead our own politics, a politics in which all the decisions are made by ourselves. We expect a lot of pressure, and it is our duty to make decisions in the best interest of our people. Serbia's interest should come before personal interest," the president pointed out.