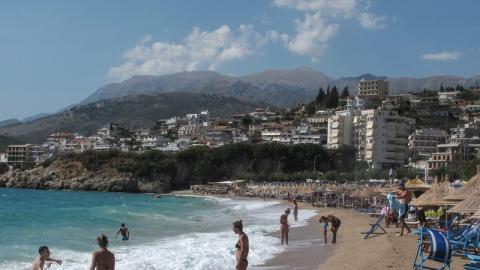 Albanians are calling for better beach security and protection after a series of accidents and disasters, the latest being the death of a seven-year-old child on Tuesday, killed by a speedboat that was passing near where people were swimming.

Prime Minister Edi Rama has dismissed the concern, however, saying that "until yesterday, this has been the most secure [summer] season".

"This is the most organized, most orderly and cleanest tourist season ever thanks to the hard work that we started last September! Until yesterday, it was also the calmest and safest season, with public beaches and a network of beach watchers organized like never before!", Rama wrote on Twitter.

However, an 18-year-old year died last month in the city of Durres while he saved his five-year-old brother and his friend from drowning. A couple was also hit by a speedboat last month in Jal beach.

"The way the coastline is being managed is taking life, driving away tourists, and destroying thousands and thousands of businesses that work with honesty and dedication," he wrote on Facebook

"With the speedboats…it is managed so badly that people see them as dangerous vehicles, even while there are hundreds of people who work with dignity and professionalism with speedboats, taking tourists around. Look at neighbouring countries that have much more sea vehicles and beaches than we do, but where accidents happen much less often," he added.

Former Minister of Interiors Sander Lleshaj told Euronews Albania that Albania's "beaches should be returned to public management, not private. The private administration of the beaches has made them a...