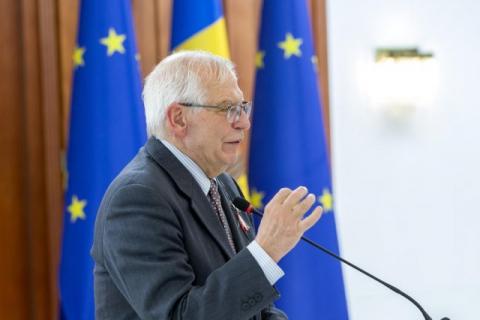 However, it does not have the possibility to "force" Kosovo to do it, it follows from the answer of the head of EU diplomacy, Josep Borrell, to the parliamentary question "what will be done regarding Kosovo's refusal to form the CSMs".
"The establishment of the Association/Community of municipalities with a Serbian majority was agreed upon by both sides, Kosovo and Serbia, in the Brussels Agreement from 2013. The agreement was ratified by the Kosovo Parliament and Kosovo should fulfill its legal obligation and implement it without delay.
Both parties should fulfill all their international legal obligations and pending agreements, as well as make further significant efforts to reach a comprehensive legally binding agreement on the normalization of relations, which is crucial for their European road," Borrell stated in a written response.
The vice president of the European Commission and the head of the EU's foreign affairs service added that "meeting the needs of the minority Serbian community in Kosovo is of great importance for the EU in Kosovo" and that Brussels is carefully monitoring the development of the situation in those areas.
"EULEX actively supports Kosovo's law enforcement institutions in strengthening the rule of law, including their efforts to investigate security incidents related to religious and cultural facilities. The EU has continuously reminded Kosovo institutions to quickly and fully implement the Constitutional Court's ruling on land ownership of Deani monastery without any further delay," said Borrell in response to questions about the protection of Serbian cultural heritage in Kosovo, primarily the Serbian Orthodox Church's monasteries and earlier requests by the authorities in Pristina to UNESCO to remove those...