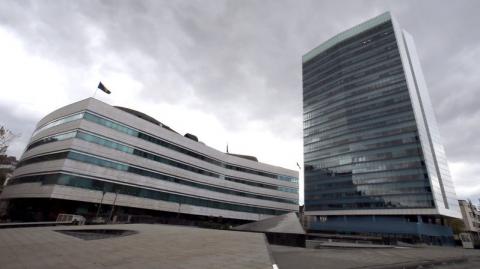 The European Union in Bosnia and Herzegovina, the OSCE Mission and the United Nations have told the state authorities that they must make the process more transparent, while domestic organisations have warned of possible politicisation of the process.

"Given that all these activities have gone off the radar and that, unlike the previous selection, civil society has not been involved in the selection, it all goes to show that the process has been extremely politicised and non-transparent," Edo Kanlic, the coordinator of the Initiative for Monitoring the European Integration of Bosnia and Herzegovina, an informal coalition of 40 civil society organisations, told BIRN.

Faced with criticism by the international partners and domestic institutions, members of the state parliament allowed the presence of local and international CSOs at the third session of the provisional joint commission, on July 26.

During the meeting, they discussed a letter from international and domestic civil society organisations requesting a revision to the Rule of Procedure to make documents public and engage the public in the process.

The OSCE Mission to Bosnia has also expressed its concerns. "The Mission notes with concern that the Commission failed to ensure a broad consultative process and transparency of appointment of the three Ombudsmen, excluding the civil society organisations and the international community from the recently adopted Rules of Procedure," the OSCE Mission wrote.

Although it was appointed in July 2021, due to the political blockade of state-level institutions, the provisional joint commission was not formed until March this year, while Rules of Procedure, decision on a public call and the public call itself came in May.