The Storm Anniversary: Commemoration in Serbia, national holiday in Croatia 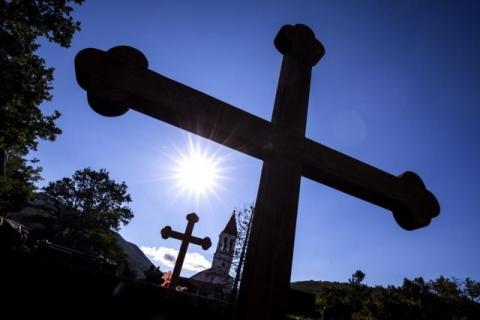 The anniversary of the military-police operation Storm, during which the largest exodus of Serbs since World War II was recorded at the beginning of August 1995, will also be marked as a national holiday in Croatia this year - the Day of Victory and Homeland Gratitude and Veterans' Day, while in Serbia that crime that goes unpunished will be marked with a commemorative rally in Novi Sad.
As President Aleksandar Vui announced, the anniversary of this Croatian military-police operation will be marked in Novi Sad, on Freedom Square, today at 8 p.m. Croatia traditionally organizes the central marking in Knin, where President Zoran Milanovi will host a reception for war commanders today. On that occasion, Milanovi will present decorations, medals and promote some members of the Croatian Armed Forces, his office announced.
The precise protocol for the anniversary of the operation "Storm" in Knin has not yet been published, and for the first time this year, several civil sector associations held a half-hour anti-war action on Wednesday on Ban Jelai Square in Zagreb in memory of the killed and expelled Serbs during and after this military - police operation.
According to the data of the Commissariat for Refugees and Migration of Serbia, more than 1.700 Serbs were killed and disappeared in the military-police operation "Storm", and more than 250.000 were expelled.
While for the Croats the "Storm" is a reason for celebration, for the Serbs it is the most massive and one of the cruelest ethnic cleansings that happened in the wars in the former SFRY.
Operation "Storm" began on August 4, 1995 with the offensive of the Croatian army and police and units of the Croatian Defense Council in the territory of the then Republic of Serbian Krajina, i.e....