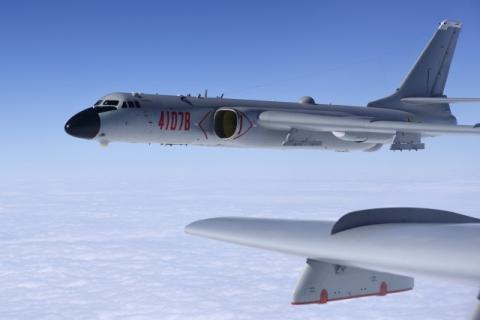 The ministry assesses that China's military exercises are extremely provocative, "whether it launches ballistic missiles or deliberately crosses the center line of the strait," reports Reuters. Some world media reports that Chinese forces have encircled Taiwan.
Reuters news agency points out that about 10 Chinese navy ships and 20 military aircraft crossed the separation zone in the Taiwan Strait on Friday morning.
Taiwan's military has previously announced that it is increasing its combat readiness, but has stressed that it will not seek war.
It has also deployed ships and aircraft as well as missile systems to monitor the situation, as China holds several days of military exercises around the island and after U.S. House Speaker Nancy Pelosi's visit to Taiwan. China's Air Force and Naval Aviation Commands have dispatched more than 100 fighter jets, including fighter jets and bombers, to conduct combat exercises such as joint reconnaissance, aerial refueling, airspace control and strikes against land targets. More than 10 destroyers and frigates from the Navy Command conducted joint blockade operations in the waters around the island of Taiwan.
Liu Dungkun, the Command's Senior Officer, said the troops "showed their brave and invincible fighting spirit".

President of Taiwan: We are ready to react

The President of Taiwan, Tsai Ing-wen, issued a statement today in which she stated that the island is ready to respond "if necessary", the "Guardian" reported. Tsai Ing-wen spoke on Twitter shortly after 1 p.m. local time.
"Our government and army are closely monitoring Chinese military exercises, we are following all information, we are ready to respond if necessary. I call on the international community to support an open,...

Amid Global Tension, the US Tests Nuclear-Capable Missile