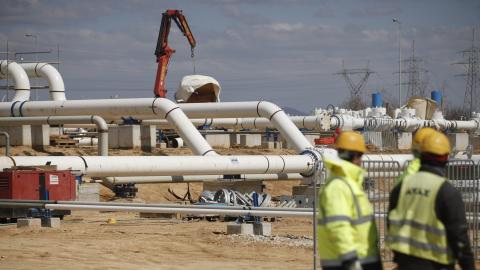 Issues have arisen over the certification of the project, which prompted interim Energy Minister Rosen Hristov, who is yet to publicly comment on the matter, to block the process.

This has fuelled concerns that Bulgaria, one way or another, might return under the influence of Russia's gas giant Gazprom - the company with which Bulgaria, along with Poland, cut ties on April 27.

"Although the security of gas resources and diversification were announced as priorities by President Rumen Radev, the first action of the cabinet appointed by him turned out to be blocking the gas pipeline that would ensure this security and diversification," journalist Ivaylo Stanchev wrote in the new issue of Capital Weekly. "Without the interconnector, Gazprom's return to the Bulgarian market seems even more certain," he added.

The interconnector was planned by former PM Kiril Petkov and Greek PM Kyriakos Mitsotakis by the end of 2021, as the new coalition took power.

It was declared technically completed on July 8 but is awaiting a certificate of operability. Steps were made also towards deals with US gas companies.

Since taking power on August 1, however, the interim government, selected by the President and led by his social policy advisor Gulub Donev, has started an ambitious process of revising deals made by the previous government.

"We Continue the Change" leader and former PM Kiril Petkov, whose reformist coalition was ousted on June 22, has criticized Donev's cabinet.

"Why did we take one step ahead and now two steps back in...