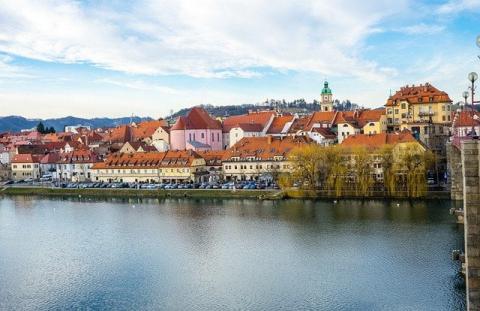 Novi Sad – An exhibition by the Maribor Art Gallery (UGM) has been put on display in Novi Sad, Serbia, this year’s European Capital of Culture. Made in Maribor II brings together more than 50 artists from Maribor and 16 Novi Sad artists of different generations.

The exhibition features 48 art cubes created by the Maribor artists and is held under the international art exchange project Art Links with the project’s partner being the Novi Sad Cultural Centre, the UGM said.

The initial idea was to include artists that have left an indelible mark on Maribor, but the project then grew as they were urged to invite colleagues who inspire them or build on their work, the Vesti Novi Sad portal reported.

Ultimately, artists from the Serbian city joined the project and brought in their own takes on 25x25x25 cm wooden cubes. They were all challenged to use them to respond to a sense of place in the broadest possible context. The challenge was limiting from the get-go, as the cube is a defined and often rigid object, the gallery said.

Made in Maribor I was displayed in 2016.

The post Made in Maribor II on show in European Capital of Culture appeared first on Slovenia Times.