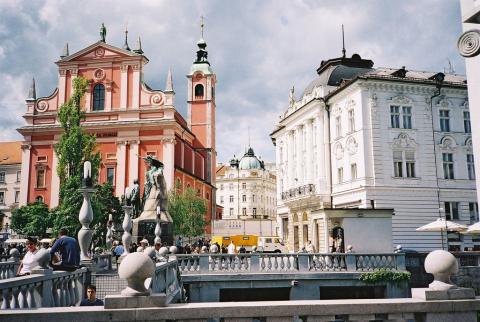 Ljubljana – Public Administration Minister Sanja Ajanović Hovnik commented on Thursday on the dismissal of Bojan Babič as the director of the Ljubljana administrative unit, saying the decision had not been politically motivated. Babič agrees and will not appeal, as this would not suspend his dismissal, and a deputy head has already been appointed.

Ajanović Hovnik said Babič had done his job professionally. “I do not have any particular grievance against him that I could highlight,” she said, adding that she wanted a more flexible person on the post, one that would think outside the box and propose changes.

She plans to reorganise administrative units to focus more on individual cases and to again provide quality services to clients.

The Ljubljana unit has been a target of much criticism over delays in the processing of applications by foreigners and request for protection by Ukrainian citizens.

“In this field, there are more than 20,000 pending cases and the procedures take much too long,” the minister stressed, adding the ministry had been receiving complaints from businesses and individuals on a daily basis that this hampers their operations or affects their life in Slovenia.

While noting that a lot had been done to speed up the issuing of permits to foreigners, Ajanović Hovnik said she felt that more could still be done.

She pointed to the criticism that officials at administrative units did not speak foreign languages, which causes problems in many cases.

Until recently, procedures for granting protection to Ukrainian citizens took 60 days while in the meantime the person was unable to request for any other type of aid, she illustrated.

In his response to the dismissal, Babič said today he agreed the decision had not been politically motivated, as he had been appointed in 2019 during the government of Marjan Šarec, who is minister in this government.

He believes that the situation at the Ljubljana administrative unit, which is understaffed, cannot be improved without systemic changes.

Babič noted that he had assumed office less than three years ago amid a strike by employees, which he solved with an agreement with the staff and a plan for gradual tackling of the issues.

Problems in the procedures for granting citizenship to foreigners started at the beginning of his term. The waiting time back then was about two years and this has been sorted out, he said.

Listing his achievements, he also highlighted reorganisation of the unit, which moved from six location to two, and progress in the issuing of construction permits, agriculture and social affairs procedures etc. “I think we were quite successful in these fields,” he said.

As for delays in the department for foreigners, he stressed the caseload had been piling up for seven years. At the end of last year, more than 10,000 pending applications were transferred to this year. He too pointed to the pressure from employers, who need workers, especially in construction.

Currently, 26 people work at the department for foreigners, while 40 would be needed for any delays not to happen, he said.

Babič will be succeeded by Nataša Trček, who serves as secretary general at the Public Administration Ministry, as acting head. She will be dismissed from the current post on 31 August.