Putin is desperate, will he help him? 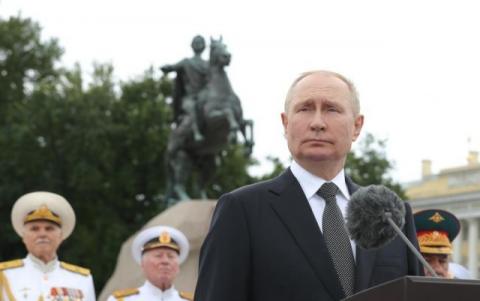 According to foreign media, he would ask for help in the form of military forces, that is, for Kim Jong-Un to send 100.000 soldiers for combat operations in Ukraine.
In return, "desperate Putin" as described by the "Daily Mail" in the text, the Russian president would send aid to North Korea in the form of food and energy.
Official Pyongyang has allegedly stated through diplomatic channels that it is ready to help Russian forces in Ukraine, reports the news agency "Regnum".
According to unofficial information, those forces would be engaged in the territory of Donetsk and Luhansk, whose independence was recently recognized by North Korea. "We are ready to send 100.000 soldiers to Donbas, that is, to transfer tactical units there," the media report states. Military expert Colonel Igor Korotchenko believes that this offer should not be viewed negatively.
"Why should we be ashamed to accept the hand of friendship extended to us by Kim Jong-un? There are reports that 100.000 volunteers are from North Korea. The most important thing is that they are motivated," said Korotchenko.