"Revenge" of the Americans: They kidnapped a Russian 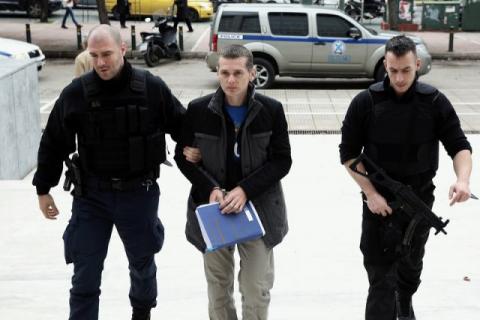 As "Sputnik" reports, his family believes that Vinnik's extradition to America was organized as a kidnapping.
"They allowed Alexander to contact the family in Boston," the family said in a statement.
A court in Paris on Thursday approved the US request to extradite Vinnik to American authorities, and he was transferred from France to Greece during the day, from where he was transported to Boston.
As a reminder, Vinnik was arrested in 2017 in Greece on suspicion of being the organizer of a crypto-currency exchange operation, which allegedly "laundered" at least four billion dollars, officials announced. He was arrested in a small coastal village in the north of Greece after a tip-off, based on a US warrant.
Also, it should be noted that the Russian court on Thursday made a decision by which American basketball player Brittney Griner was found guilty of drug smuggling.
Later in the day, the White House also announced that it should seriously consider the exchange of prisoners. "We have made a serious offer to return her and Paul Whelan (convicted of espionage). We call on Russia to accept this offer," White House spokeswoman Karine Jean-Pierre said.
The media previously reported that the US is willing to exchange prisoners and hand over to the Russians the Russian citizen Viktor Bout, better known by the nickname "The Merchant of Death", who was convicted of arms trafficking.