US Senators Push New Legislation to Boost ties to Balkans 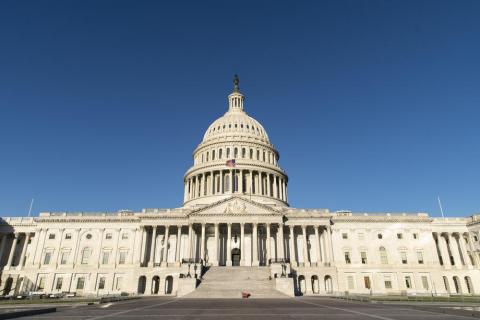 New legislation introduced into the US Senate aims to support economic development in the Western Balkans through initiatives on infrastructure, trade and anti-corruption, including codification of sanctions to deter destabilizing activity. It also aims to strengthen security in Bosnia and Herzegovina and encourage Albanian and North Macedonian integration into the EU.

"Amid Russia's unprovoked war in Ukraine and Putin's clear ambitions to spread malign influence across Eastern Europe, the United States' relationship with the Western Balkans is pivotal," Senator Jeanne Shaheen, chair of the Senate Subcommittee on Europe and Regional Security Cooperation, said in a press release.

The bill also says the US should support maintaining the full European Union Force EUFOR mandate in Bosnia and Herzegovina as in the national security interests of the United States.

"Maintaining peace in the Balkans is critical to European security, especially as Putin grows more desperate in Ukraine and may turn to other countries for a victory," Murphy said.

If Russia blocks reauthorization of the mission in the United Nations, the new bill instructs using the influence of the United States in NATO to encourage alliance planning and support of an international military force to maintain a safe and secure environment in Bosnia and Herzegovina.

The mission of the EU's Operation Althea has been to ensure continued compliance with the 1995 Dayton peace agreement and contribute to a secure environment and Bosnia's efforts towards European integration. Its mandate expires in November, when the UN Security Council should extend the EU and NATO...