"The war has begun"; Sirens in the cities; shelters opened; 100 rockets fired; VIDEO 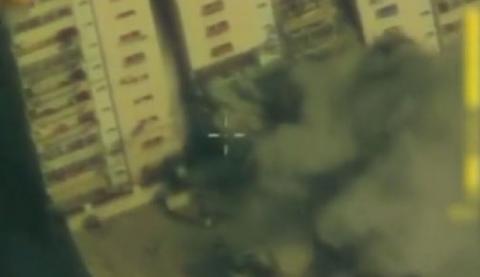 As a reminder, the Israeli army attacked targets in Gaza today, it was announced in a statement that was reported by the media today, according to CNN.
The statement said the targets included members of Islamic Jihad, the smaller of the two main militant groups in Gaza.
A CNN producer in Gaza saw medics carrying two bodies out of a building called the Palestine Tower, which was hit in one of the attacks. The Al-Shifa hospital in Gaza confirmed that the bodies of two killed people had been delivered, and that there were about 20 wounded.
The announcement of the Islamic Jihad states the following: "The enemy has started a war, targeting our people, and we have a duty to defend us and our people, and not to allow the enemy to get away with these actions."
A "special situation" has been declared in the Gaza Strip, the Israeli Army announced.

The commander was killed

One of the commanders of the Palestinian Islamic Jihad movement was killed in Israeli strikes, an official of this militant group announced today.
At the same time, Palestinian officials announced that at least eight people, including the commander of the militants, were killed in the Israeli attacks, and 40 were wounded, AP reported.
Meanwhile, the Israeli army announced that it had targeted targets in Gaza, after several days of tension caused by the arrest of the leader of the Palestinian militants, Bassam al-Saadi, reports Reuters.
According to the spokesman of the Israeli army, based on their data, 15 people were killed in the strikes. Palestinian militant...