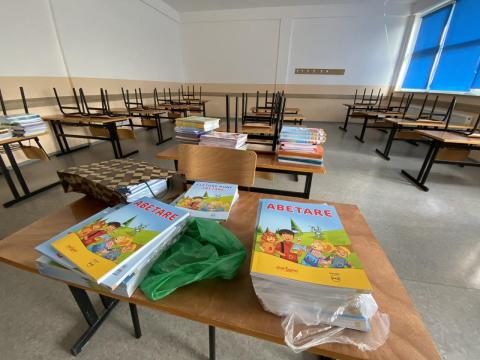 Kosovo pupils found their classrooms empty of teachers on the first day of new school year, after the teachers' union acted on warnings to strike to force the government to increase their salaries.

The school strike adds to another strike which started last week by administrative workers in many central and local institutions.

Minister of Finance Hekuran Murati told media on Wednesday that public workers, including teachers, who are striking, will not be compensated from the budget for the time they are not at work.

While visiting a striking kindergarden in Pristina on Thursday, the head of the teachers' union, Rrahman Jasharaj, said they had filed a lawsuit against Murati and insisted that the strike will continue.

While the government has drafted a law on public workers which, according to experts, envisages an increase of 75 to 135 euros in teachers' salaries, the union wants an extra 100 euros a month in salaries until the law is approved and enters into force.

"We have exhausted all possibilities for a dialogue with the government. We have sent also a mediator … Let's wish and pray that [Albin] Kurti's government will start a dialogue without threats," Jasharaj said. "We will not step back. The strike will end when you say so, when the government resolves our requests," he added.

Speaking about the strike, Prime Minister Kurti told media on Thursday that new law will address teachers' concerns about salaries. "I hope the education process will continue. It's not easy to compensate lost days," Kurti said.

"The law on salaries will be subjected to public discussion next week. The coefficient for teachers is better than ever it was in the past," he added.

In neighbouring North Macedonia, there have also...