Expelled; They burned everything before leaving 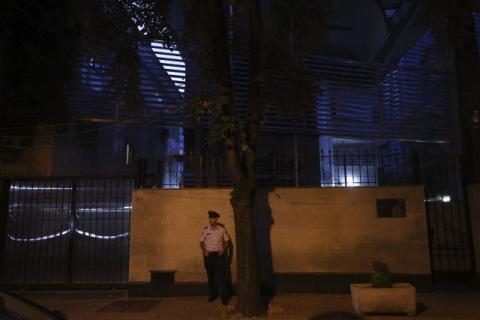 Albania severed diplomatic relations with Iran on Wednesday and kicked out its diplomats after a cyberattack in July it blamed on the Islamic Republic of Iran.
As Reuters reports, referring to witnesses, the employees of the Iranian embassy threw documents into a rusty barrel and burn them, while the flames were seen within the three-story building of the diplomatic mission headquarters.
Albanian Prime Minister Edi Rama said yesterday in a video address that he ordered the Iranian diplomatic staff to close the embassy and leave the country within 24 hours.
Rama said the July cyber attack could have paralyzed public services, wiped out digital systems and broken into government records, as well as stolen government emails, leading to chaos and threatening the country's security.
The US accused Iran of attacking Albania, a NATO member, and announced "further actions to hold Tehran accountable for threats to the security of a U.S. ally." Iran has strongly condemned Albania's decision to sever diplomatic relations with Tehran, dismissing the reasons for the move as baseless claims.
A hacker attack last month caused panic in Albanian public services, as internet services were blocked for days.