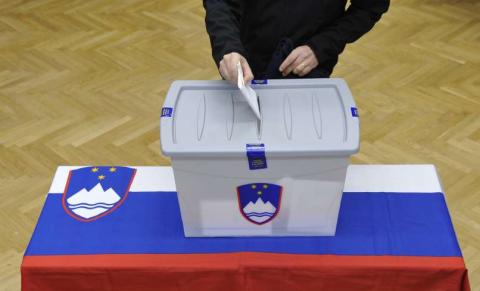 Ljubljana – Faris Kočan, a researcher at the Centre of International Relations at the Ljubljana Faculty of Social Sciences, believes the results of the general elections in Bosnia and Herzegovina available so far indicate time may have come for civic ideas as opposed to nationalism.

The results so far suggest the only change after the elections is at the level of the country’s presidency where Kočan says that voters, by electing Denis Bećirović as a new presidency member representing the Bosniaks, “sent out a clear signal to [Bakir] Izetbegović and his SDA party, as well as a signal that time may have come for civic ideas”.

Much like the Croatian member of the presidency Željko Komšić, Bećirović understands the country “as a wholesome state of three constituent peoples and is also trying to build a civic identity, regardless of religious affiliation,” Kočan told the STA in an interview.

Another turning point may have been the election in Republika Srpska for the Serbian member of the presidency, because for the first time in 30 years voters had an opportunity to pick a candidate “who does not play the nationalist card”, Vojin Mijatović, but unfortunately he won less than 5% of the vote.

There does not appear to be any change in the election to the lower house of the Bosnia and Herzegovina parliament, with the main Bosniak party, the SDA, and the main Croat party, the HDZ, winning in the federation, and the ruling SNSD party winning in the Serb entity Republika Srpska.

The re-election of Komšić as the Croatian representative of the presidency is the result of his popularity among the Bosniaks, who see him as a legitimate leader of the whole federation, and in a way the HDZ is right when it claims he was elected by the Bosniaks, but “they unfortunately cannot change that”.

If they did, they would be introducing a new ethnic element in the federation, as voters there have the option of voting for only one candidate, so in a sense it is their legitimate choice whether to vote for Izetbegović or Komšić.

Kočan sees Milorad Dodik’s return from the post of the Serb member of the presidency to that of the president of the Serb entity as a symbolic move which which he would like to show he is no longer willing to engage in a framework he does not recognise as legitimate, that is Bosnia and Herzegovina.

His advocating the entity’s separating from the country is a pattern repeated since 2006 when he pulls out the nationalist card a year ahead of elections, but then collaborates with the SDA and HDZ in the country’s parliament. His sure vote winning policy is “creating the appearance that Republika Srpska is independent, or that it is capable of functioning on its own, unlike the federation”.

Despite the poor state of the national economy and exodus of young people, people do not vote for change despite having alternatives because when topics of identity are broached, people simply cannot exit the spiral of nationalism, Kočan maintains.

He approves of the electoral law changes introduced by High Representative Christian Schmidt that set clear deadlines for the formation of the federation’s authorities, the deadline for the upper house to take its position on laws adopted by the lower house, and a clear definition of the way delegates to the House of Peoples are appointed.

Likewise, he deems it vital that Schmidt expanded the concept of “others” who are not members of the three constituent nations, which represents the civic moment. Instead of having seven representatives, there are now eleven in the House of Peoples, which means that each canton can have a delegate who is not a representative of one of the three founding peoples.

“In a way, he cancelled out the ethnic veto that the House of Peoples could impose by a two-thirds vote of the whole club […] In a way, he took away the weapon of the HDZ BiH, which it liked to use if it considered a law unacceptable for the Bosnian Croats or their position,” says Kočan, adding that the change was crucial for the functioning of the federation’s parliament and passage of laws.

Schmidt, however, departed from the “gauges that were absolutely unacceptable to the Bosniak political elite”, such as the introduction of a 3% electoral threshold in the cantons to enter the House of Peoples, as they would further ethnicise the space.

He believes the high representative in a way sought to satisfy both sides while making them unhappy, which could be a recipe for finding optimal solutions. He did not impose the changes before the elections because he did not want to impact on the results.