Belgrade: The EU adopted the first package of Sanctions against Serbia 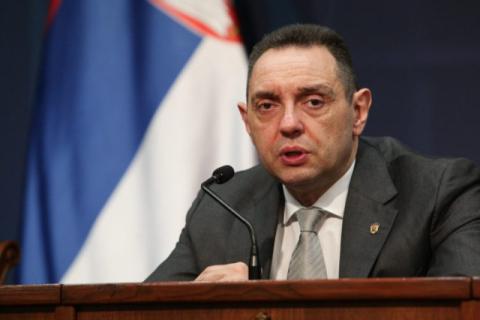 The package is strongly supported by Croatia, which has the port of Omisalj on the island of Krk in the Adriatic Sea, with a terminal for oil and petroleum product tankers. From there, the oil is piped to Serbia for refining at the Naftna Industrija Srbije (NIS) plant, 56.15% of which belongs to a Gazprom group company.

On April 22, Croatia's state-owned pipeline operator JANAF said it would continue to supply crude oil to NIS after it was pulled out of the EU sanctions package. In January, NIS signed a new one-year contract with JANAF for the supply of 3.2 million tons of crude oil.

"The EU once again proved that it is a club of countries that deployed divisions at Stalingrad, and the only consistency in its policies is revenge against free peoples. At the initiative of Croatia, Serbia is prohibited from importing Russian oil through the Adriatic pipeline, and Bulgaria - is allowed," the press service of the Ministry of the Interior quoted Vulin as saying.

"The explanation that the Bulgarians have a Russian oil refinery in Burgas does not correspond to the fact that the Serbs in Pancevo also have a Russian refinery. For the Ustase (Croatian Nazis) and their allies, it doesn't matter if something makes sense, the important thing is that harms Serbia. With the Ustase initiative, which the EU approved, Serbia is forced to buy more expensive oil from Iraq and loses hundreds of millions of euros that it could have used," said the member of the Serbian...