Vučić from Prague: Are you punishing Russia or Serbia? VIDEO 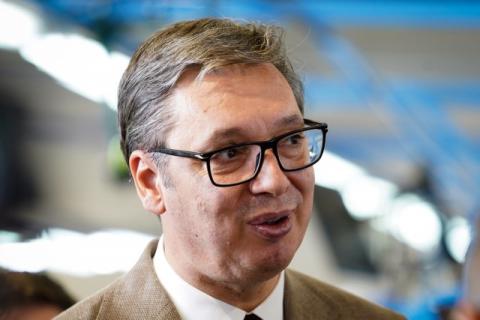 Today he had a series of meetings with numerous leaders.
"A lot of good things were heard there, which way Europe will go. The construction of connecting transmission systems, new interconnectors, gas pipelines, oil pipelines, so that energy from all over the world can be used. On Saturday, we will talk more about new investments. I thanked Europeans for support for the construction of the interconnector with Bulgaria," said Vui.

"Yesterday, at that meeting, when everything should have passed, on the initiative of Croatia, and supported by two countries, one Baltic and one not far from the Baltic countries, the derogation of the norm for the Western Balkans was removed from the agenda. The Croatian Prime Minister came out with the thesis that it is not fair that Serbia has a lower oil price. And I guess it is fair that some European countries have it. So wait, are you punishing Russia or Serbia?" Vui asked.
Vui thanked Bulgarian President Radev and Greek Prime Minister Mitsotakis, who pointed out that what was proposed was not fair.
"I have to say that at the second panel I received information that Orban and Rama also expressed their dissatisfaction. It's not bad that the decision has been postponed for the time being. We are a smaller consumer than Hungary, the Czech Republic and Bulgaria, so it would probably be a problem now, and these consume more Russian oil, so they don't bother. There was no other intention there but to spite Serbia," he says.
"I have a bilateral meeting with Ursula von der Leyen tonight. I received information that the topic of the conversation with Scholz and Macron will be Kosovo and Metohija. I talked to many European leaders, and about visits," added Vui. "No one criticized us today, none of...

Szijjarto: Hungary to vote against Kosovo's membership in European bodies

Almost Half of Finns are Against Permanent NATO Bases