Number of illegal migrants more than doubles to 15,500 in Jan-Sept 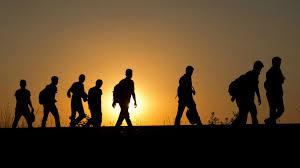 Slovenian police intercepted a total of 15,590 illegal migrants in the January-September period, a rise of 115% from the same nine-month period last year. Police statistics show that Afghanistan citizens accounted for the largest single group of illegal migrants – 2,691 of the total.

Almost half of all illegal migrants, or 7,812, were intercepted in the area of Koper Police Department, which makes the south-west the busiest in terms of illegal migrations.

However, the numbers also continued to steeply rise in the areas policed by the Novo Mesto and Maribor police departments, the other two most busiest.

In the Novo Mesto area, south-east, almost a third of all illegal migrants were apprehended, at 5,078, up from 1,827 in the same period last year.

The area of Maribor, north-east, saw 2,006 migrants intercepted, up from 1,103 in the January-September 2021, while the other departments processed each fewer than 350.

More than three times more illegal migrants expressed their intention to apply for international protection in Slovenia, which translated into a total of 14,981.

However, only 5,452 asked for international protection and 157 persons had the status granted, up from 12 in the same period last year, as some 5,200 applications were either discontinued or turned down.

The number of Afghans’ applications continued to grow, while an increasing number of applications were also received from illegal migrants from India, Burundi and Cuba, who do not need a visa to enter Serbia, from where they continue their journey to Western Europe without the needed documents.

Apart from the expressions of intention to apply for international protection, authorities received over 6,940 applications for temporary protection, almost all from Ukrainian citizens.

The number of illegal migrants that Slovenian authorities sent back to the country from where they entered fell from 3,211 to 2,106. The most were sent to Croatia (1,968), followed by Italy (47).

On 10 October, a total of 943 persons had the status of international protection in Slovenia.

The post Number of illegal migrants more than doubles to 15,500 in Jan-Sept appeared first on Slovenia Times.

The situation on the so-called Kosovo tense: Vučić worried? "I don't see a solution"