Poland sees no signs of interference in oil pipeline spill 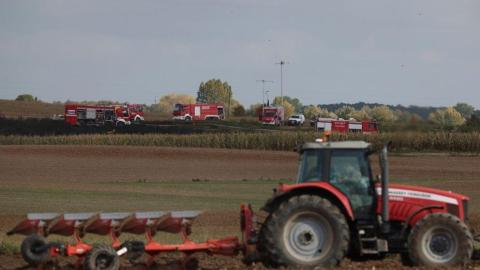 The Polish operator of an oil pipeline says there are "no signs of any third-party interference" related to a leak in a pipeline that is the main source of crude oil from Russia to Germany.

PERN, the operator, said in a statement late Wednesday that its technical services had located the site of the spill after removing most of the contamination from the area.

"Based on first findings and the manner in which the pipeline was deformed, it appears that at this point there are no signs of any third-party interference," PERN said. "However, more detailed analyses are underway to determine the cause of the incident and to repair the pipeline so that crude oil pumping can be restarted as soon as possible."

PERN detected a leak in the Druzhba pipeline on Tuesday evening 70 kilometers (45 miles) from the central Polish city of Plock.

The Druzhba pipeline, which in Russian means "Friendship," is one of the world's longest oil pipelines. After leaving Russia, it branches out to bring crude to points including Belarus, Ukraine, Poland, Hungary, Austria and Germany.

The incident follows leaks late last month in the Nord Stream 1 and 2 gas pipelines running along the Baltic seabed, and amid an energy standoff between Russia and the West over Russia's invasion of Ukraine.

Denmark and Sweden say those natural gas pipelines were attacked with large amounts of explosives, and the discovery of another leak so soon in an oil pipeline had raised concerns.

Europeans are Closing Shops, squeezed by the Economic Crisis