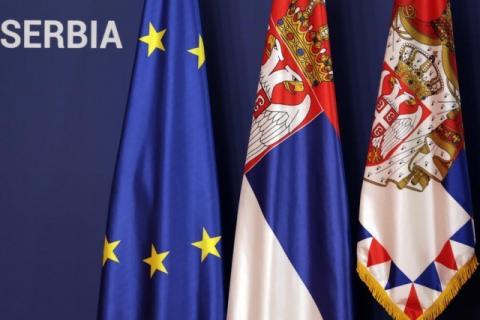 "Serbia risks its own visa-free regime with the EU if it does not reduce the flow of migrants from third countries who travel without visas to its territory and then on to the EU", European diplomatic sources say ahead of the meeting of interior ministers in Luxembourg.
"I expect that Serbia and others in the region will cooperate and align with the EU's visa policy. The suspension of the visa-free regime is not excluded as an option, but I hope above all for good cooperation," European Commissioner for Internal Affairs Ilva Johansson said in Luxembourg, as RTS reports.
Today, the Ministers of the Interior will discuss measures to respond to the significant increase in the influx of migrants entering the EU countries via the Western Balkans. The inflow of migrants in 2022 has increased many times compared to last year, and as a special problem the member states highlight the visa-free regime that Serbia has with some countries in Asia, Africa and South America, whose citizens travel freely to Serbia and then on to EU countries.
Diplomatic sources state that a similar problem exists with Albania's visa policy. In this way, the number of citizens of India, Burundi, Tunisia and Cuba who apply for asylum in EU countries has increased many times this year.
According to data provided by the media, the number of citizens of India and Cuba entering the EU via the Western Balkans has increased by almost ten times compared to last year. Ilva Johansson pointed out that a large influx of Indians was recorded in Austria, while the number of Burundian citizens increased significantly in Belgium.

Number of illegal migrants more than doubles to 15,500 in Jan-Sept

The situation on the so-called Kosovo tense: Vučić worried? "I don't see a solution"