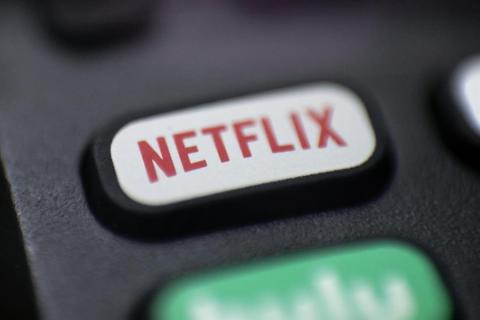 Netflix on Oct. 13 said a subscription option subsidized by ads will debut in November across a dozen countries as the streaming service strives to jumpstart stalled growth.

Netflix reported a loss of 970,000 subscribers in the second quarter along with stagnant profits, and its share price is down 63 percent from this time last year despite rising slightly on the ad-tier news.

The new "Basic with Ads" subscriptions will be priced at $6.99 in the United States, three dollars less than a no-ads basic option, Netflix chief operating officer Greg Peters said in a briefing.

"The timing is great because we really are at this pivotal moment in the entertainment industry and evolution of that industry," Peters said.
"Now streaming has surpassed both broadcast and cable for total TV time in the United States."
The ad-discounted tier, a first for Netflix, will roll out in Australia, Brazil, Britain, Canada, France, Germany, Italy, Japan, South Korea, Mexico, Spain and the United States.
Video ads will be from 15 seconds to 30 seconds long.

"We are looking at a very light ad load with no more than four to five minutes of ads per hour, and including some very tight frequency caps so that members don't see the same ad repeatedly," Peters said.
After having shunned advertising since it started its streaming service, Netflix acquiesced as competition in the market intensifies and as consumers recoil from soaring inflation.
With the launch of cheaper, ad-supported subscriptions, Netflix and Disney+ are expected to bite into the revenue of traditional television channels.

Netflix rival Disney+ is expected to launch its own ad-subsidized subscription soon.
"These launches are going to create the biggest premium advertising...