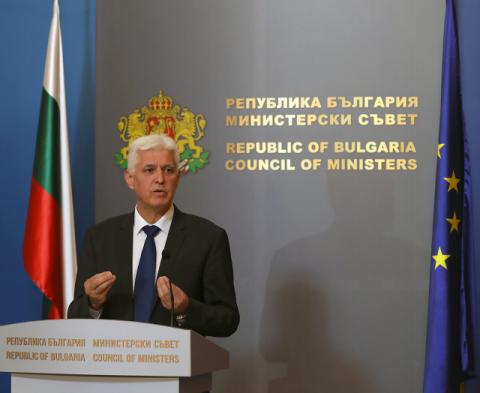 "Bulgaria does not have many surplus weapons, not to mention that it does not have many serviceable weapons. If we had, the army would not face such difficulties. We have a serious problem with the maintenance of the equipment and a large percentage of it is faulty. I don't see what we can give out of the serviceable equipment we have. This will impair our capabilities", Defense Minister Dimitar Stoyanov told Nova TV regarding Bulgaria's possible military aid to Ukraine.

"If we donate it, how will we fulfill our national security obligations?".

Stoyanov announced that there were signals from Ukraine demanding that our country help with weapons.

"They have a certain wish list of what the countries should provide. But I say again - Bulgaria does not have so many surplus weapons to be provided. We will simply lose our capabilities", said the Minister of Defense categorically.

"There are four multinational battle groups - Bulgaria, Romania, Hungary and Slovakia. This is the strategic concept under which the battalion battle groups were created. Bulgaria is no exception", clarified the minister and emphasized that Bulgaria is not the weak link within the pact.

The Minister of Defense linked the cyberattack on the websites of Bulgarian institutions with the involvement of the name of Bulgaria with the explosion of the Crimean bridge.

"They are related actions, it is not accidental. Some will interpret it as an attempt to get back at Bulgaria for participating in one way or another. After all, our country did not participate...