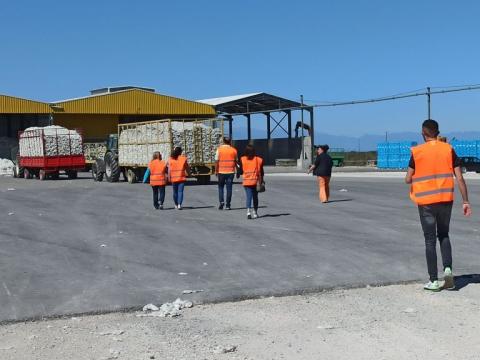 The Independent Labor Inspection Authority, as part of a joint European action, carried out inspections at workplaces that present a high probability of cases of human trafficking, for the purpose of labor exploitation.

The audits focused on workplaces in the agricultural sector, such as farms, packing houses for agricultural products, sorting points, livestock units, poultry farms and olive mills. Particular emphasis was placed on where - according to information - Ukrainian workers are employed.

In addition, as part of informing seasonal workers, the Labor Inspectors distributed leaflets (translated into the languages ​​of the workers, from countries such as Albania, Pakistan, Bangladesh and Ukraine), with information on their labor rights, according to Greek Labor legislation.

The fight against human trafficking is part of the European Union's priorities for the period 2022-2025, regarding the fight against serious and organized crime and the dismantling of criminal networks.

Dačić: "We will vote"
Freedom Voyage: One Albanian Family’s Daring Escape from Repression