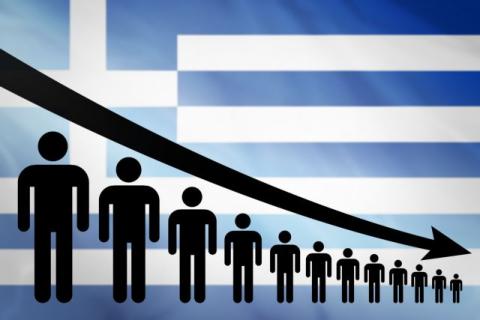 Mainland Greece is aging alarmingly - faster than even the most dire predictions of demographers. One in three residents of the Prefectures of Arta and Evrytania is currently over 65 years old, a percentage that was expected in 2050, while in eleven prefectures of the country with a total population of 828,000 people one in four is elderly.

At the same time, the phenomenon of aging within aging is developing at a rapid pace: in several regions of Western Greece and Eastern Macedonia the population over 85 years of age significantly exceeds the national average.

A study on the spatial variations of aging in Greece was carried out by researchers of the University of Thessaly, at the national level, showing that the percentage of those 65 and over now exceeds 22.5%. However, beneath this average there are significant spatial variations.

In a very small group of six prefectures, such as the Prefectures of Chania, Rethymnon, Heraklion and Dodecanese, this percentage is lower than 20%, while in almost half of the regions of the country - in 25 prefectures - the 65 and over population exceeds 24%.

In 11 prefectures, which occupy almost 1/4 of the Greek territory, the specific weight of the 65+ is particularly high as it exceeds 26%, with extreme cases in Arta and Evrytania where the percentages reach 32% and 37% respectively .

Aging mainly characterizes mainland Greece, with its mountainous prefectures recording rates much higher than the national average, while exceptions to the "rule" of rapid aging in the mainland are Xanthi, Attiki and Boeotia and the Prefecture of Thessaloniki.

Looking at the "super-elderly," that is, the population over 85, the researchers found even...