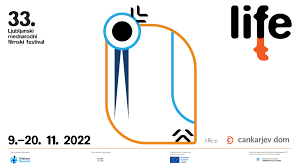 The Ljubljana International Film Festival (LIFFe) will delight film lovers for the 33rd time between 9 and 20 November, this time with 90 feature-length and some 30 short films.

Programme director Simon Popek told the press on Thursday that while the festival is fully returning to theatres again after two years, the scope of its programme will roughly be 85% of what it was before the pandemic.

Popek, who noted a significant rise in the number of films by women directors, in particular from Kosovo, presented LIFFe’s traditional sections, the crucial among them being Perspectives, which brings directors’ feature debuts and second films competing for the festival’s Kingfisher Award.

The list includes coming of age films Beautiful Beings from Iceland, Falcon Lake from Canada and Playground from Belgium, as well as French teenage friendship film The Braves, and Full Time, a French social drama about a single working mum.

Moreover on the programme are Our Home, a story about an elderly couple’s struggle to remain alive in the drought-ravaged Bolivian highlands, Unrest, a drama about anarchy and horology in 19th-century Switzerland, and The Plains, a story on the passage of time in Australia.

Croatian cinema will be competing with Juraj Lerotić’s autobiographical drama Safe Place, whereas Slovenia will be represented by Slovenian-Australian filmmaker Sara Kern and her Moja Vesna story about a girl who refuses to accept her mother’s death.

Meanwhile, winning films from major film festivals will be screened in the Avantpremieres section, among them Berlin Golden Bear winner Alcarras by Carla Simon and Cannes Palme d’Or winner The Triangle of Sadness by Ruben Östlund.

Visitors will also have the chance to see the latest films by Stephen Frears, the Dardenne brothers and Christian Mungiu, and two films by Ulrich Seidl.

The section will moreover include LGBT SLO 1984, Boris Petkovič’s documentary on the history of the LGBT movement in Slovenia, and Corsage, “a new look at the life of the beloved Empress Elisabeth of Austria” by Marie Kreutzer, which will open the festival.

More big cinema names will feature in the Kings and Queens section, among them the latest film by imprisoned Iranian director Jafar Panahi.

The Retro section will present seven films by Hungarian avant-garde director Miklos Jancso, while a special section will focus on the works of Croatian director Rajko Grlić and other former Yugoslav filmmakers who studied in Prague.

A novelty this year is the Adriatic Festival Network segment, a cooperation effort also featuring festivals from Sarajevo, Zagreb, Herceg Novi and Belgrade, which will help distribute a winning film.

The post Ljubljana Film Festival back in full splendour or nearly there appeared first on Slovenia Times.

Credit Suisse reaches deal with US over mortgage-backed securities

Ex-con’s revenge behind explosion in Kadıköy

No terrorist links found in explosion in Istanbul: Minister