KADEM’s summit to be held in November first week 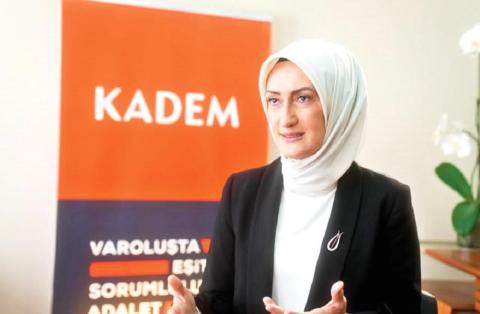 The International Women and Justice Summit, organized every two years by the Women and Democracy Association (KADEM) together with the Family and Social Services Ministry, will be held on Nov. 4-5 in Istanbul, while President Recep Tayyip Erdogan will give the opening speech.

"Cultural Codes and Women" is the main theme of the summit, where many world-renowned figures who are experts in their fields will be hosted.

The perceptions of femininity produced by various cultures in modern times will be put on the table, while the life experiences that are involved in the construction process of these perceptions will be shared.

Following Erdoğan's opening speech, the program on the first day will continue with the speeches of Family and Social Services Minister Derya Yanık and KADEM head Saliha Okur Gümrükçüoğlu.

The first day of the summit will include a leaders' session, which ministers from Libya, Palestine, Azerbaijan, Algeria, Germany, Hungary and Singapore will attend.

Issues like women as subjects, women's participation in the workforce, their daily lives and public space experiences, as well as women's images in the art world, will be discussed by activists, journalists, scientists and artists on the second day of the summit.

Fatima Gailani, Afghan politician and influential women's rights activist; Hayat Sindi, a medical scientist and one of the world's leading names in the field of biotechnology; and Sultana Tafadar, the U.K.'s first headscarfed criminal lawyer and advisor to the King of England, will convey their thoughts and experiences to the audience.

Nazma Khan, who started a global movement called "World Hijab Day," and Syrian award-winning director and activist Waad Al-Kateab will also be hosted at the...